What would you do if you got word that your brother is in prison because of you? This is the heartrending situation Tahir Imin is in. He’s just been told by an old acquaintance in Turkey that China has imprisoned his brother Adil in order to retaliate against him.

The two siblings are Uighurs, a mostly Muslim ethnic minority concentrated in the Xinjiang region of China. Since 2017, the Chinese government has been rounding up Uighur Muslims and detaining them in a massive network of internment camps, which currently hold an estimated 1 million people.

The repression is one of the most harrowing — and yet most neglected — humanitarian crises in the world today. And its effects are no longer confined to China’s borders or to Chinese citizens. A Buzzfeed report this week revealed that a few Turkish nationals have disappeared in China; their families worry that they’ve been taken to internment camps.

In Imin’s case, he alleges that his brother’s arrest was retaliation for Imin’s activism here in the US. Imin managed to relocate to the US two years ago, and since then he has been criticizing China’s repressive policies in major news outlets and urging other Uighurs to speak out. Now, he believes he’s being punished for his activism.

“I think this is totally retaliation,” he told me. “The person who gave me the message [about Adil’s imprisonment] said that in the sentencing papers it clearly said that Adil is the brother of Tahir who has been speaking to the media against the Chinese government in the US.”

Imin said he got the message about his brother’s capture from a man in Turkey, home to a large Uighur diaspora, who was communicating via a secure VPN connection to evade Chinese surveillance. The man said he’d heard from someone who’d been in the same prison as Adil that Adil has been sentenced to 10 years. He said three of Imin’s cousins had also been imprisoned.

“I got the news yesterday morning,” Imin told me. “Since then, up to now, I didn’t eat anything. I did not sleep last night. I’m thinking what to do to save my brother, my cousins. I just wrote an email to the Chinese embassy in the US asking, ‘What happened to my brother? Answer me!’ But I know they won’t reply to me.”

He was crying. “I don’t know what will happen to me,” he said, his voice breaking.

Imin is one of hundreds of thousands of Uighurs around the world suffering intense psychological pain as they try in vain to determine the fate of their relatives back in China. The internment camps are shrouded in secrecy, but there have been reports of death, of torture, of Muslim detainees being forced to memorize Chinese Communist Party propaganda, renounce Islam, and consume pork and alcohol.

Beijing depicts the Uighur people as a terrorist threat and claims its “de-extremification” measures are necessary for national security. However, with the camps coming under increased international scrutiny, China has reportedly begun transferring Uighurs in Xinjiang to prisons in other provinces.

Imin said his brother Adil is a 36-year-old small-business owner in Xinjiang who loves children. A father of three, Adil had also been taking care of other children whose parents had been sent to the internment camps. Imin worries about what will happen to those kids now — and about Adil, whom he described as a gentle soul ill-suited to the harsh conditions in a Chinese prison. “He’s a very honest guy,” Imin said. “He’s never traveled to a foreign country. He never even goes to mosque.”

Not even foreigners are safe

One Turkish businessman said he was traveling in China (where he used to live) on a routine business trip when Chinese officials took him into custody and forced him to endure 38 days of hunger, sleep deprivation, and interrogations. After being grilled about his social connections, he was eventually deported back to Istanbul, without ever being told what he’d been charged with, if anything.

The reporters note that this is part of a bigger phenomenon:

BuzzFeed News has found that six Turkish nationals — and possibly dozens more — have gone missing in China’s Xinjiang region, including a pair of young children. None of their cases have been publicly acknowledged by the Turkish or Chinese governments … Their families believe they have been sent to prisons or internment camps, or in the case of the children, to state-run orphanages. The families’ claims have been corroborated by email correspondence with government officials and copies of Turkish identification documents.

None of the six people hold dual citizenship with China, according to their families.

The families’ stories show that Chinese authorities have been unafraid to sweep up foreign nationals in their campaign against Turkic Muslims, even people from countries that are important diplomatic partners.

The fact that China is detaining people who don’t even hold Chinese citizenship should strike the international community as deeply disturbing. Yet the global response has been relatively muted.

While Turkey has spoken out about China’s mass internment system, few other Muslim-majority countries have. Several Western countries, including the US, have blasted China on human rights but have yet to impose sanctions or take other meaningful action that could compel China to rethink its policies.

Sign up for the Future Perfect newsletter. Twice a week, you’ll get a roundup of ideas and solutions for tackling our biggest challenges: improving public health, decreasing human and animal suffering, easing catastrophic risks, and — to put it simply — getting better at doing good. 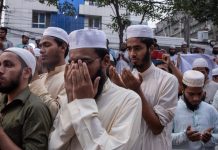 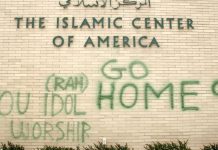 The war on Muslims

THIS Is The Real Secret To Staying Warm & Well This Winter

Reese Witherspoon Is Completely Miscast In The Morning Show

What To Know About Susan Page, The Moderator Of Tonight’s Highly-Anticipated VP Debate