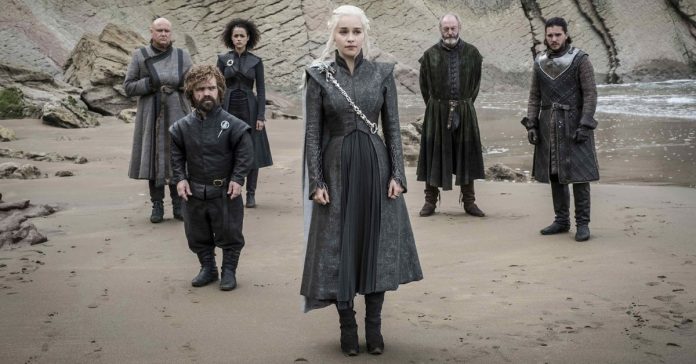 Game of Thrones turns 10 years old on Saturday, April 17, and HBO hopes you’re ready to throw a huge party for it. The network is celebrating the fantasy blockbuster, which ran for eight seasons from 2011 through 2019, with an “Iron Anniversary,” complete with top-10 lists and HBO Max promotions and a whole bunch of new interviews and featurettes with cast and crew members on the network’s website.

If it feels a little soon to be celebrating Game of Thrones, well, you’re not wrong. The series finale aired on May 19, 2019, so when the 10th anniversary of the show’s premiere arrives, less than two years will have passed. And if the ambivalence I have sensed around this anniversary stems from anything, it stems from the fact that when Game of Thrones ended, it was an all-consuming pop culture story that even the show’s biggest fans had grown a little sick of. It’s only natural to want to give such cultural objects at least a little rest. Couldn’t HBO have waited for, you know, the 15th anniversary or something?

Especially because it’s not like Game of Thrones ended without controversy and rancor. Disappointment in the final six-episode season — and especially the series finale — ran rampant throughout the show’s fandom, among viewers both dedicated and casual. (I had several extremely offline friends express to me how much they disliked the finale, independent of the overwhelmingly negative internet discourse.)

Game of Thrones’ final season has its fans, to be sure, and even I think it’s gotten a bit of a bad rap. The storytelling is a mess, but the images and performances were often among the very best in the show’s history. There are moments from the penultimate episode — “The Bells,” in which Daenerys Targaryen unleashes destruction and fury — that remain stuck in my head, even as I can admit that much of the actual writing in that episode is ungainly and forced.

But I do not think it is an exaggeration to say that most fans of Game of Thrones felt some degree of frustration with how the series ended. For much of its run, Game of Thrones was the biggest show on television, and then it went out with a whimper. I suspect the show’s reputation will improve with time. There will eventually be another, more recent show whose finale makes many of the series’ fans howl with outrage. But for now, Game of Thrones is public enemy No. 1 when it comes to letting fans down.

In even the recent past, a disappointing or even divisive finale would eventually fade from memory. Plenty of people had issues with the Lost finale (they were wrong!), but that show didn’t have any spinoffs or follow-ups, outside of a short film on the complete series DVD that lots of people don’t even know exists. As time has gone by, it’s been easier for even those who were unhappy with Lost’s finale to remember the show’s many other qualities and focus on those.

Similar responses have followed the endings of The Sopranos and Mad Men, of Breaking Bad and The Wire. Not everybody liked all of those finales — because ending a long-running story in a way everybody likes is impossible — but get enough time and space from an ending you didn’t care for, and you’ll usually start to remember the good times too.

We just don’t have that space from Game of Thrones yet, nor does it seem like the show has found a second wind among those who didn’t watch it the first time through. Throughout the pandemic, I’ve talked to lots of people who’ve finally gotten around to watching a TV show or two that they had been saving to savor, and even more who’ve revisited old favorites. I’ve talked to maybe two people who spent part of their quarantine watching Game of Thrones.

Thus, an indifferent response to the Iron Anniversary — a kind of collective “how can we miss you when you won’t go away?” — makes sense. But then again, so does HBO’s desire to turn the 10th birthday of its big hit show into a big deal. It wasn’t so long ago that Game of Thrones dominated pop culture discussion. Can’t the network get those days back? (If you want to go further down this rabbit hole, I also remember when writing one article about Game of Thrones would hit my traffic goals for a month. Can’t I get those days back?)

But that’s not really how TV fandom works. If you see a bad Batman movie, the studio can always come back a few years later with a new actor and director and promises of a new direction. You’ve only spent a few hours with the movie that disappointed you, after all. And even then, there’s often a lengthy gap between movies, as when 1998’s campy Batman and Robin wasn’t followed up with the grittier Batman Begins until 2005.

Viewers spent 73 episodes — most around an hour in length, spread out across eight years — watching Game of Thrones. There’s a lot more emotional investment there, and a lot of people who were disappointed by the show’s finale are understandably unwilling to get back on that particular roller coaster. Maybe with time, the spinoffs will prove that they have their own reason to exist, as Breaking Bad spinoff Better Call Saul eventually did. But Breaking Bad ended with a finale a lot of people seemed to like, which gave Better Call Saul a benefit of the doubt that Game of Thrones’ spinoffs will struggle to earn.

In an era when intellectual property rules all, Game of Thrones is an undeniably big piece of intellectual property. From HBO’s perspective, it would be ridiculous not to wring every last dollar out of the show, even if doing so exhausts Game of Thrones as something people long to revisit, possibly for a very long time. But from the perspective of a viewer, I do find myself wondering when this particular IP phase — which exists across all entertainment companies — will exhaust itself. Couldn’t we, I don’t know, adapt some new fantasy novels? Why does the next Game of Thrones have to be related to Game of Thrones?

Maybe I’m wrong. Maybe when the 20th anniversary of Game of Thrones arrives in 2031, we’ll all remember this time as a brief dark age for one of the world’s most beloved entertainment properties. But in 2021, as the 10th anniversary of the show dawns, it’s not difficult to imagine HBO is setting itself up for diminishing returns, with untested spinoffs that mostly exist for reasons of people having once really loved a TV show. Maybe some folks just can’t wait for more Game of Thrones, but I sure can. 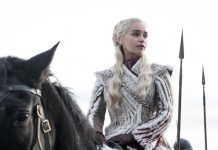 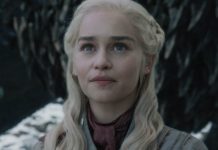 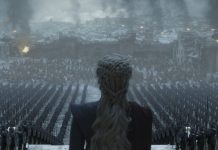 Vaccine hunting gives me a sense of purpose

“All the Stars” is up for an Oscar, but Kendrick Lamar and SZA won’t...

I Trained As A Michelin Star Chef For A Day