More than two years after the 2016 elections, media outlets and academics are still discovering the extent of Russian disinformation campaigns aimed at American voters. Now, a pair of independent reports prepared for the Senate Intelligence Committee add to a wealth of evidence that targeting African Americans and suppressing black turnout was a crucial aspect of this effort.

According to the reports, one from Oxford University’s Computational Propaganda Project and Graphika and others from a team of researchers from cybersecurity firm New Knowledge, Columbia University, and Canfield Research, a group of Russian agents utilized not only Facebook and Twitter, but also sites including Instagram, Tumblr, and YouTube in an effort to amplify racial divisions ahead of the 2016 elections.

The reports focus on the Internet Research Agency, a St. Petersburg-based “troll farm” that used several social media accounts on Facebook, Twitter, and Instagram — including ones called “Woke Blacks” and “Blacktivists” — to urge Americans to vote for third-party candidates or sit out the election entirely. Several operatives working for the group were listed in a February 2018 indictment from special counsel Robert Muller detailing how Russian nationals interfered in the 2016 election.

It is impossible to know exactly how much impact the social media efforts, which also whipped up fears about voter fraud, actually had on the 2016 elections. But the reports highlight the level of complexity Russian groups employed to exploit already existing tensions in the US, and, as the Atlantic’s David Graham notes, amplify attacks already being levied by Donald Trump as a candidate. These efforts evolved into attempts to influence racial justice activism after the election, as Russian groups contacted black activists running legitimate groups and attempted to set up real-world events.

“The most prolific IRA efforts on Facebook and Instagram specifically targeted Black American communities and appear to have been focused on developing Black audiences and recruiting Black Americans as assets,” the New Knowledge report notes.

As Philip Ewing explained for NPR in 2017, stories of Russian misinformation explicitly designed to amplify racial tensions are not new. In the 1960s and 1980s, old KGB and Soviet influence operations aimed to discredit Martin Luther King Jr. and stoked racial tensions ahead of the 1984 Olympics. These efforts aimed to use America’s history of racism to diminish the country’s international standing, and similar tactics were also used to stir up tensions in countries in Africa and Asia.

The new reports on the IRA argue that the targeting of African Americans through messaging about black identity, police violence, and white supremacy was so thorough that it should be looked at as its own unique propaganda effort.

In one example, the New York Times notes that the IRA ran YouTube channels called “Don’t Shoot” and “BlackToLive” that shared content about police violence and Black Lives Matter. In another example, the Oxford report cites “Black Matters US,” a Russian-created group that spanned multiple platforms including Twitter, Facebook, PayPal, and an independent website, all sharing stories about police violence. The various accounts were used together to promote events and encourage donations to the group’s campaigns.

“While other distinct ethnic and religious groups were the focus of one or two Facebook Pages or Instagram accounts, the Black community was targeted extensively with dozens,” researchers from New Knowledge, Columbia University, and Canfield Research LLC., say in their report.

Media outlets have found that misinformation did not stop with the 2016 election or explicitly politics-oriented stories. Rather, efforts aimed to call attention to events including police shootings and marches against racism in an effort to take advantage of racial justice activism.

In September 2017, CNN reported that two different social media accounts under the handle “Blacktivists” were being used to connect with black audiences and “regularly shared content intended to stoke outrage.” At least one ad created by the group was specifically targeted to audiences in Ferguson, Missouri, and Baltimore, Maryland.

That October, additional reporting from US-based media outlets revealed a complex persuasion campaign. Reports from ThinkProgress and BuzzFeed focused specifically on the “BlackMattersUS,” website, which at the time had “over 200,000 followers and focused ‘mostly on racism and police brutality themes,’” according to BuzzFeed. Accounts affiliated with the website reached out to activists to assist with organizing real-world events in 2016 and 2017.

The newest reports about Russian efforts to target black Americans and racial justice organizers do not offer much analysis of why these groups were specifically singled out. But coming after other reports about the ways black communities in particular use social media, and in the midst of heightened criticism of platforms like Facebook and Twitter for failing to protect black users, the reports offer more evidence that social media’s misinformation problem is particularly harming black Americans.

With the issue back in the news again, it presents an opportunity to not just look at the fact that Russian operatives aimed to amplify racial tensions, but also examine why continuing matters of systemic racism, police violence, and other issues disproportionately affecting black communities have made these tensions so easy to exploit.

As more details about the extent of Russian disinformation efforts are uncovered, there is a concern that fears of Russian propaganda will be used to dismiss legitimate activism centered on fighting racism and white supremacy.

Earlier this year, for example, a page for the main counterprotest against an alt-right “Unite the Right 2” march in Washington, DC, was included in a purge of Facebook accounts thought to be displaying behavior similar to recent Russian disinformation campaigns. Protest organizers argued that the page removal and initial media reports of the Facebook purge hurt their cause by suggesting that their work was illegitimate or the result of Russian influence.

Ultimately, these problems show how social media, which has been a particularly important tool for people of color and racial justice organizers to find community and call attention to issues like systemic racism and police violence, has been manipulated to target these very groups.

On Monday, the NAACP called for black users to boycott Facebook and Instagram for a week starting the following day, saying that the platforms must “recognize that users of color have a right to be protected from propaganda and misinformation.” In the coming months, civil rights groups will likely call on these platforms and others to provide evidence of what they are doing to better protect communities of color.

For now, as more details on the extent of Russian disinformation efforts are uncovered, those researching the matter say that their data should not be used to dismiss broader concerns about racism and inequality. “Very real racial tensions and feelings of alienation exist in America, and have for decades,” Renee DiResta, one of the authors of the New Knowledge report, told the New York Times on Monday. “The I.R.A. didn’t create them.” 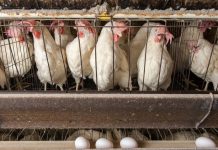 How chickens took over America’s dinner plates, in one chart

“A great day for 30 percent of America”: SNL takes on Trump’s acquittal in its cold open 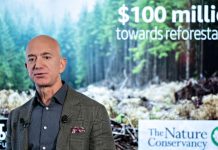 America’s billionaire philanthropists gave away more during the pandemic. But there’s a catch.

Lena Headey Prepped For The Emmys By Getting A New Tattoo