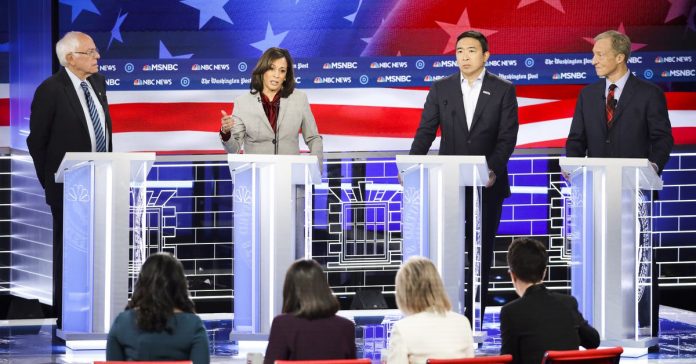 On Wednesday, something unheard of happened on the 2020 Democratic debate stage: Moderators asked candidates what they would do about high child care costs and the lack of paid parental leave in the US.

It just took five debates and a panel of all-women moderators for this to happen.

Ashley Parker, a White House reporter for the Washington Post, pointed out that child care and paid family leave are important issues to many voters.

“Here in Georgia, the average price of infant daycare can be as much as $8,500 per child per year. That’s more than in-state tuition at a public college in Georgia. Mr. Yang, what would you do as president to ease that financial burden?” she asked.

Yang responded by saying that the US is one of only two countries without mandated paid family leave laws (the other being Papua New Guinea). That’s not entirely true. There are a handful of small countries without it, such as Suriname and Lesotho. But he was pointing to a big problem: The US is the only developed country in the world that doesn’t guarantee new parents paid time off.

His solution? Universal basic income, giving families up to $2,000 a month to spend on child care. Or with the money, a parent could stay home and care for the child, an idea he was eager to push.

Parker then turned to Sens. Amy Klobuchar and Kamala Harris.

Klobuchar threw shade at Harris’s proposal, by suggesting that six months of paid family leave would cost the government too much money and that three months is good enough.

“We have an obligation as a party to be fiscally responsible,” she answered. “Yes, think big, but make sure we have people’s backs and are honest with them about what we can pay for.”

Klobuchar is one of several 2020 candidates who endorse Sen. Kirsten Gillibrand’s signature legislative proposal, the Family Act. Elizabeth Warren, Bernie Sanders, and Pete Buttigieg have, too. That plan provides three months of paid leave to families, with up to 66 percent of each worker’s income covered by a small increase to payroll taxes (paid by workers and employers). Both parents could each use the benefit when they choose to.

In October, Harris went even further than her peers and proposed the most generous paid family leave plan yet: six months. That would put the United States in line with most of the world’s developed countries and with what researchers believe to be an ideal amount of time. It would also probably cost a lot of money, and Harris has given few details about how it would be funded.

When Parker asked her how she would pay for it, Harris demurred. Instead she focused on the fact that caregiving is a job that usually falls to women, but that three months is not enough time for them to juggle all their responsibilities.

“Many women are having to make a very difficult choice about whether they’re going to leave a profession for which they have a passion to care for their family, or whether they’re going to give up a paycheck, which is part of what that family relies on,” she answered. “So six months paid family leave is meant to adjust to the reality of women’s lives today.”

Their answers didn’t add much to the debate — but it was the that question mattered.

Parental leave is an issue that matters to voters

The idea of a government-run program to provide parental leave is also well supported by voters. About 74 percent of registered US voters in 2016 said the government should require businesses to offer employees paid parental leave. When you break down poll numbers, the support is overwhelming across genders, political parties, and even income groups.

Another survey shows that 82 percent of voters believe working mothers should get paid maternity leave. Whether the respondent was Republican or Democrat, male or female, it didn’t matter — a majority support the idea that both mothers and fathers should get paid time off.

In other words, it’s a safe political issue for Democrats and Republicans to tackle, if only Republicans weren’t so hesitant to make businesses pay part — or all — of the cost. Right now, under federal law, workers can take up to four months of leave after the birth or adoption of a child. But there is no requirement that it be paid.

Nearly every industrialized country in the world provides working mothers with at least three months of paid maternity leave — the minimum recommended by the United Nations’s International Labour Organization. In most of those countries, employers and employees pay a tax to fund the benefit. Canada has this type of system, which allows parents to take a year of leave while receiving 55 percent of their salary the entire time (up to 80 percent of wages are covered for low-income workers).

Some US businesses voluntarily offer paid parental leave to their workers, but only about one in 10 workers in the country get such a benefit from their employer. Low-wage workers are the least likely to receive it. In response to federal inaction on the issue, several states have started requiring employers to provide some paid leave: California, New York, and the District of Columbia are among those that do.

Research shows that paid-leave programs improve child health, promote gender equality, and help keep women in the workforce. Studies indicate that California’s paid-leave law, which went into effect in 2004, led to an increase in work hours and income for mothers with young children. And paid leave has been linked to lower poverty rates in 18 countries.

Coming up with an effective paid parental leave system in the United States isn’t hard. The hard part is getting Republicans to agree that businesses should pay for some of it. Harris and Klobuchar didn’t mention how they would persuade a potentially divided Congress to pass any paid-leave program if they made it to the White House. But getting presidential candidates to discuss parental leave at all is a pretty good start. 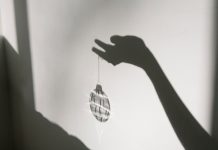 For Some LGBTQ+ Folk, The Family You Choose Is Everything At Christmas 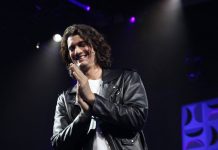 Why WeWork founder Adam Neumann is getting $1.7 billion to leave the company he ran into the ground 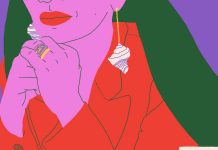 I Make $145,000 As An Integrated Marketing Senior Manager & I Had To Take Unpaid Maternity Leave

Vox Sentences: “You sold your country out”