Once she met the mother-daughter duo in their Southwest Side home, they allegedly strangled her and cut her baby out of her womb. Police said Clarisa called 911 after removing the baby, saying she had given birth to the boy at home and he was “pale and blue.” The baby was transported to the Advocate Christ Medical Center and placed in the intensive care unit, where he remains. He
reportedly opened his eyes for the first time on Sunday. 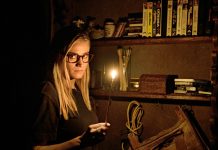 After a controversial season finale, The Magicians is leaning into grief

A Week Of Being Unemployed In New York, NY

Why It’s So Hard To Sleep After A Breakup

The 25 Democrats running for president, debate lineups, and everything else you should know...

From Your Baby Cousin To Your S.O. — Every Birthday Gift You’ll Ever...