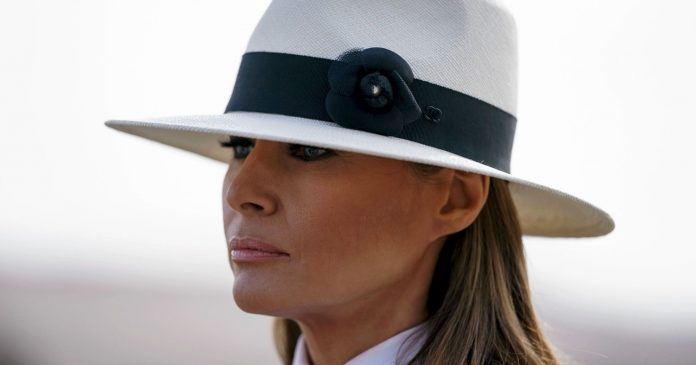 Melania Trump sat down for her first-ever interview in office last night, giving us a rare glimpse into her life as first lady and offering some insight into her trip to the U.S. border over the summer.

Trump told ABC News’ Tom Llamas that she had an immediate reaction when seeing media coverage of families being separated at the U.S. border. Her answer wasn’t unexpected: she had previously released a statement saying that she hated seeing the children forcibly taken from their parents under her husband’s administration, although the move was widely criticized for being too passive and ultimately hollow. The zero-tolerance policy has since been scaled back by executive order, but thousands of children and parents are still recovering from its effects.

In yesterday’s sit-down, Trump says she told her husband that she thought the zero-tolerance policy was “unacceptable,” and says that he agreed with her. She also mentioned how she “reacted with [her] own voice” by traveling to the border on her own volition.

It was on that June trip that her jacket — a $35 army-green piece from Zara with the words “I REALLY DON’T CARE, DO U?” scrawled on the back — caught the world’s attention. Many people spoke out against Trump for her apparently blasé attitude towards the people risking their lives and families at the southern border.

And yet the first lady remained characteristically silent. A spokesperson from her office dismissed the criticism at the time, telling the press, “It’s a jacket. There was no hidden message. After today’s important visit to Texas, I hope this isn’t what the media is going to choose to focus on.”

But Trump put it a little bit differently during yesterday’s interview.

“I wore the jacket to go on the plane and off the plane,” she told ABC. “And it was for the people and for the left-wing media to show them that I don’t care. You will not stop me to do what I feel is right.”

“It was kind of a message,” she added. “I would prefer that they would focus on what I do and my initiatives than what I wear.”

Trump conveyed this same message recently during her tour of Africa, where she came under fire for wearing a pith helmet — a look commonly associated with the European forces that colonized much of the continent in the 19th century. Trump was traveling in Africa to promote her Be Best campaign against bullying, which she told ABC she could relate to on a personal level: “I could say that I’m the most bullied person in the world…One of them, if you really see what people are saying about me.”

Her sit-down with ABC echoed other lines from the rare press conference she held in Africa, especially when it came to the subject of her marriage.

Trump quickly debunked any notion that she has control over the president: “I wish! I give him my honest advice and honest opinions and then he does what he wants to do,” she said.

When asked about her husband’s alleged affairs and the multiple allegations of sexual misconduct against him, Trump said she knows the truth, and the claims are not her primary focus.

She also dismissed rumors about their strained relationship, saying, “We are fine…It’s what media speculate, and it’s gossip. It’s not always correct stuff.”

How To Do The Sexy Halloween Costume, According To Victoria’s Secret

It’s Been 10 Years Since The Hills. Kelly Cutrone Is Still Pissed Off

Princess Eugenie’s Earrings Were A Gift From Her Husband 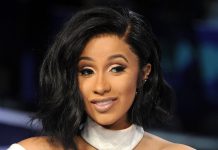 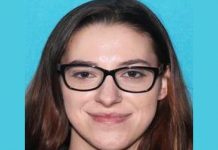 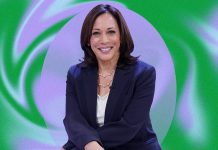 It’s Time To Talk About Kamala Harris, Colorism & Who Gets To Be First

Shiny, Sparkly Instagram Gifts For the Magpies In Your Life

Kamala Harris and Ayanna Pressley have a $125 billion plan to help the smallest...

Pass The Eggnog! Dr. Pimple Popper Is Getting A TLC Holiday Special

8 Tips For A 69 Session That Blows Your Mind

Silicon Valley asked Elizabeth Warren to help with a fundraiser. She said no —...