Welcome to Vox’s weekly book link roundup, a curated selection of the internet’s best writing on books and related subjects. Here’s the best the web has to offer for the week of March 24, 2019.

No matter how much we love our jobs, our working conditions have been lagging at the mercy of big business. They are not isolated to my publishing house, they are historical and ingrained throughout the industry. This is an industry that has relied on the insecurity of its employees.

Where there is money to be made, there are scams to be run. Last year, several KU writers noticed a rise in what is known as “book-stuffing” – authors publishing extraordinarily long books, filled with vast amounts of questionable additional content, along with an incentive to head to the last page.

When authors are paid around $0.005 per page, a reader making it to the end of a 3,000-page book would make the author $15. Knowing this, and pouring money into Facebook ads, drowning readers in marketing emails, offers and giveaways, the top scammers are estimated to be making up to $100,000 a month.

I’ve heard this thing a lot, usually from writers whose work has been much validated: don’t be a writer because you’re looking for validation. To which my disgruntled teenager of an inner monologue replies: Oh, can’t I??? I know that this is good advice; it sounds like good advice, in the vein of RuPaul’s iconic Drag Race sign-off, If you can’t love yourself, how the hell you gonna love somebody else? It certainly sounds better than Become a writer if it’s the thing you’re best at because maybe you’ll be good enough for people to praise you for it, which feels great. There’s the advice that you nod along to and pass along, calling it your own, and then there’s the not-advice, the not-words, the urgent pursuit that feels like an impulse until it becomes an entire career, and eventually forces the question: What if I don’t even like writing. What if my true passion is praise?

Latimer and Urbahn have turned this professional abyss into their market niche. Their central insight is that that hoary old fixture of Washington self-promotion, the tell-all, may be the ideal solution to the very new problem of post-Trump rehabilitation. A juicy memoir not only stands to earn a former Trump official a small fortune, thanks to an unprecedented interest in administration intrigue. It also gives officials an opportunity to reposition and redeem themselves.

At first blush this might sound stupid. But, counterpoint: no it isn’t. The Swedish Academy should absolutely give the most prestigious prize in world literature to the semi-anonymous author of a Twitter account, whose sole physical book, Dril Official “Mr Ten Years” Anniversary Collection, was self-published in August last year. A writer whose output, far from resembling the sort of thing that might normally be considered for the Nobel Prize, consists almost solely of posts such as “I burned 100 extra calories today just by thinking aobut asses,” “my dick is a beak now,” and “live free or die. kfc.”

Classic party fiction is often, if not always, a kind of wealth porn. When Emma Bovary arrives at La Vaubyessard, the chateau of the marquis, for dinner and a ball, the opulence blows her bourgeois mind: “The red claws of the lobsters overhung the edges of the platters; large fruits were piled on moss in openwork baskets; the quails wore their feathers; coils of steam rose into the air; and, grave as a judge in his silk stockings, knee breeches, white tie, and jabot, the butler conveyed the platters.” Party scenes are full of these lists of foods and drinks and flowers, overloaded sentences that embody abundance, the fulsome displays of affluence.

Here’s critic Robert Scholes: “The archetype of all fiction is the sexual act … the fundamental orgastic rhythm of tumescence and detumescence, of tension and resolution, of intensification to the point of climax and consummation.”

Well. This is not how I experience sex. Critic Susan Winnett says, “Meanings generated through dynamic relations of beginnings, middles, and ends in traditional narrative and traditional narratology never seem to accrue directly to the account of the woman.” And anyway, why should sex—this kind of sex!—be the archetype of fiction? Why should an art form as innovative as fiction have a single archetype at all?

Here’s a rundown of the past week in books at Vox:

As always, you can keep up with Vox’s book coverage by visiting vox.com/books. Happy reading! 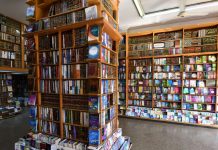 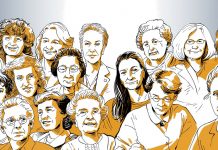 Why are so few Nobel Prizes awarded to women?

You Can Get Two Sunday Riley Products For $13 Today Only