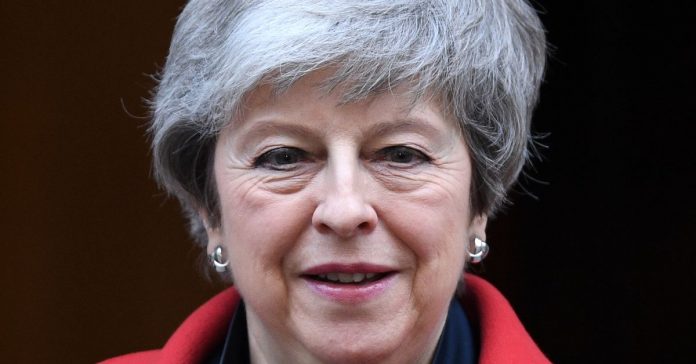 British Prime Minister Theresa May said Tuesday that she’ll give Parliament a chance to delay Brexit.

May told Parliament on Tuesday, February 26, that if an upcoming second vote on her Brexit deal fails, members of Parliament could vote to either leave the European Union without a deal on March 29, 2019, or seek a “short limited extension” to the deadline.

This is by no means a guarantee that Britain’s scheduled departure date — a mere 31 days away — will be delayed, and any deadline extension would ultimately require the EU’s approval.

But May’s speech on Tuesday represents a major softening in her stance, and it was a substantial concession to the pro-Remain members of her Conservative party — which means it’s infuriated the hardline Brexiteers who are eager for a decisive break with the European Union.

May’s announcement also didn’t address the fundamental conundrum of Brexit: that the UK still has no idea how to break up with the EU. Pushing back the Brexit deadline doesn’t rule out a no-deal Brexit; it might just postpone it.

Here’s a breakdown of the latest developments.

On Tuesday, May outlined the next steps for Parliament. They are, simply: another vote on a Brexit deal, and then a vote on what to do next.

The prime minister had promised to come back to Parliament and allow it to cast another “meaningful vote” on a revised deal on March 12. This would be a reprise of the Brexit vote in January, where Parliament voted down May’s Brexit plan by a historic 230-vote margin.

If she can get this latest iteration of the deal through Parliament (and this is still a big if) then the story’s over: The UK has a plan in place for exiting the EU.

If for some reason this vote doesn’t happen on that date or May’s deal gets defeated once again, Parliament will get to vote the following day on whether it wants to leave the EU without a deal on March 29. This means the UK could willingly crash out of the EU without any transition plan.

If that no-deal motion gets defeated, Parliament will get to vote a third time. This vote, which would take place on March 14, will be to decide whether the UK should seek a limited extension to Article 50, the provision of the EU treaty under which the UK is withdrawing from the bloc.

This short-term extension requires approval from the EU. It seems possible the EU will go for that, but it’s not yet guaranteed.

The only sure thing about May’s new Brexit timeline is that the second week of March is going to be … eventful.

Right now, May and members of her government are jetting off to Brussels to meet with EU leaders to try to wring some concessions on the current withdrawal agreement — the same one the UK Parliament rejected in January.

May is specifically trying to secure changes to the “Irish backstop,” a part of the withdrawal deal that will guarantee the border between Northern Ireland (part of the UK) and the Republic of Ireland remains open, no matter what the future EU-UK relationship looks like. (For more on this, and why it’s so controversial, read Vox’s explainer.)

These talks seem to be going nowhere, which means that whatever May brings back to Parliament will look a lot like the same deal that everyone hated last month. But there’s an outside chance that May’s deal will pass in March, because it might end up being the least-bad option both for members of Parliament (MPs) who desperately want to divorce the EU and for those who want to remain.

Remember, May is offering two votes if her deal fails: one on a no-deal Brexit and another on extending the Brexit deadline. Right now, the majority of MPs don’t want a no-deal exit because it will likely be extraordinarily disruptive. There are legitimate questions about how prepared UK businesses and residents are for this scenario with just a few weeks until March 29.

But not everyone is enamored with the idea of extending the Brexit deadline, either. And the people who really hate this idea are the Brexiteers who are already freaking out about the possibility of a delay and framing it as a “plot” to undo Brexit altogether.

So Brexiteers — and others who support Brexit but don’t want to see a no-deal scenario — may give in and choose May’s deal to avoid what they see as a worse scenario: postponing the UK’s departure from the EU. And if pro-Remain MPs fear the possibility, even if its small, that Parliament somehow votes for a no-deal Brexit before it has a chance to extend the deadline, they might be convinced to back May’s deal.

That’s still probably not enough to push May’s deal over the edge; she still has to overcome a 230-point deficit. And now that May has put the option of delaying Brexit on the table, everyone who has a competing vision for a better Brexit outcome — a “softer” Brexit or a second referendum — might think that getting an extension is the best way to achieve it.

May’s announcement probably does make a Brexit extension likely. But to what end, really?

May’s decision on Tuesday represents a major shift in her position. She had previously stuck to the ultimatum: pass the Brexit deal, or leave without one altogether on March 29.

Her about-face seems to have been an attempt to stave off a revolt from Remainers in her party, specifically those in her Cabinet who were seething that May hadn’t ruled out a no-deal Brexit and threatened to resign.

And on Wednesday, Parliament is expected to vote on a bunch of amendments that may potentially give MPs more control over Brexit. One proposed amendment, brought forward by a Labour MP and a Conservative MP, would have delayed the Brexit deadline if May’s deal failed in March. So May, it seems, calculated that rather than risking giving Parliament all the power, she would head them off.

Parliament is extremely divided, but the majority support avoiding a no-deal exit. Even the UK’s own government has said that many sectors of the economy are unprepared for the massive disruptions and economic shock that would occur if this happened on March 29. So if May’s deal fails again, it seems likely that extending the deadline would pass Parliament.

The big question is: If Parliament approves a delay, what will it even accomplish?

If the Brexit deadline is pushed back, the UK must still pass some sort of deal or come to a consensus on how to leave the EU. Extending the Brexit date does not eliminate the possibility of a no-deal Brexit — it just delays the disaster for a few more months.

And the UK can’t just decide on its own to delay. Even a short-term extension still requires EU approval.

EU leaders have so far been fairly reluctant to grant the UK an extension unless there’s a legitimate reason — something that could fundamentally change the Brexit outcome, such as another referendum vote on whether to leave the EU or new general elections.

In other words, the EU doesn’t really want to give the UK more time to argue about a Brexit deal they might have already voted down twice. But the EU also wants to avoid the chaos of a no-deal scenario, so it’s possible they’ll relent.

There are complications here, too. Specifically, the European Parliamentary elections, which are taking place in May. The newly elected EU Parliament takes over on July 1, so any delay longer than a few months would mean the UK would have to participate in those elections.

The EU has reportedly floated the idea of offering the UK an extension until 2021, especially since it’s uncertain what a short-term delay can accomplish. It would give the EU and UK time to reset and figure out their future relationship, but it also sounds like Brexiteer and Leave supporters’ worst nightmare.

There’s also the fact that many opponents of Brexit would seize on any length of extension to try to push through a new plan. This is where the elusive second referendum comes in, essentially a public vote on the future of Brexit. May remains opposed. But opposition Labour leader Jeremy Corbyn indicated this week that he’d be open to supporting a second referendum if his Brexit plan failed in Parliament this week, which is almost guaranteed. But Corbyn’s shift is causing even more fractures within Labour, and it’s not yet clear a referendum would garner enough votes in Parliament.

All of which is to say, a no-deal Brexit is looking a little less likely — at least on March 29. 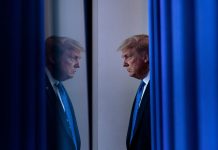 No, Trump can’t delay the election 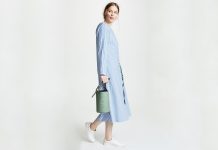 Wilbur Ross’s prediction about the coronavirus helping the US economy could not have been...

The Best Body Glitters For An Extra-Sparkly Halloween