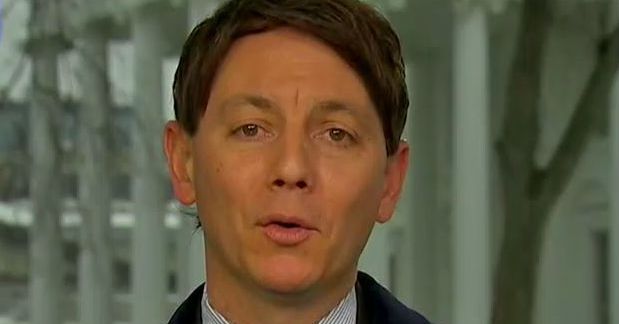 The White House hasn’t denied a bombshell BuzzFeed report by Jason Leopold and Anthony Cormier alleging that President Donald Trump directed his longtime lawyer and fixer, Michael Cohen, to lie to Congress about his business dealings in Russia. In fact, on Friday morning, one Trump administration official went out of his way to avoid doing so.

During a Fox News interview, White House spokesperson Hogan Gidley passed up repeated opportunities to deny BuzzFeed’s reporting — reporting that, if true, could show obstruction of justice, which is an impeachable offense.

Gidley’s evasiveness may not have been an accident. During a CNN interview on Friday, BuzzFeed’s Cormier said that during the process of reporting his story about Trump directing Cohen to lie, the White House refused to go on the record with a denial.

“We gave them every opportunity last night” to deny the story, Cormier said. “Shortly before I published, I was telling individuals, if you’d like to deny it, we’ll give you ample space to do so, and they would not do that on the record.”

Moreover, both the White House and Trump himself have tried to suggest that the report can’t be believed because Cohen is unreliable — but the Buzzfeed reporters don’t cite Cohen as a source.

Asked about the story, published late Thursday evening, Gidley initially deflected from it by using misleading talking points in an attempt to discredit BuzzFeed.

“This is absolutely ludicrous, that we are giving any type of credence or credibility to a ‘news outlet’ like BuzzFeed,” Gidley said. “They are responsible completely and totally for the release of a discredited, disproven, false dossier [the Steele dossier], and now the author of the piece in question that you’re talking about went on air this morning and said he couldn’t corroborate any of his own evidence. He ran it anyway.”

The Steele dossier — a report written by former British intelligence officer Christopher Steele and commissioned by Fusion GPS, an opposition research group hired by Clinton-tied Democratic campaign lawyer Marc Elias — was initially published by BuzzFeed shortly before Trump’s inauguration. The dossier contains many explosive allegations — including the infamous “pee tape” — and includes claims that the Trump campaign has extensive ties to Russia.

Though it is true that the six major claims in the Steele dossier are still unproven, some parts of it have since turned out to be substantiated. But there is still a lot we don’t know about Kremlin’s meddling in the presidential election and Trump’s secretive business dealings.

It’s not the case that the journalists behind BuzzFeed’s bombshell report about Trump directing Cohen to lie “couldn’t corroborate” the allegations in their story. During an interview on CNN on Friday morning, Cormier said that while he hasn’t directly seen evidence that Trump directed Cohen to lie, his sourcing goes beyond the two law enforcement sources mentioned in the story.

Gidley’s deflection, however, did not amount to a denial of the claim that Trump directed Cohen to lie. Host Bill Hemmer press Gidley on the key question.

“So you’re saying the president did not tell Michael Cohen to do that?” he asked.

“I’m telling you right now this is why the president refuses to give any credence or credibility to news outlets, because they have no ability to corroborate anything they’re putting out there. Instead they are just using innuendo and shady sources,” Gidley said.

But Hemmer noticed that Gidley still hadn’t addressed the matter at hand, telling him, “That was not a denial of my question.”

“No, but the premise is ridiculous,” he said, before pivoting to trying to discredit Cohen.

“But the headline from that report, Hogan, is that the president personally directed his longtime attorney Michael Cohen to lie to Congress about negotiations involving Trump Tower,” host Sandra Smith interjected. “Is that true or false?”

“Right, the president’s attorneys also addressed this,” he said. “I’m not going to give and credence or credibility to Micheal Cohen, who’s a convicted felon and an admitted liar. Thats just ridiculous, and I’m not going to do that from the White House.”

Kellyanne Conway refused to deny that Trump directed Michael Cohen to lie to Congress: “the President weighed in on this on twitter this morning, so I’ll refer you to that”

“Any suggestion — from any source — that the President counseled Michael Cohen to lie is categorically false,” Giuliani said. “Today’s claims are just more made-up lies born of Michael Cohen’s malice and desperation, in an effort to reduce his sentence.”

Giuliani and Trump keep trying to suggest Cohen was the source — he wasn’t, according to Buzzfeed’s reporters

The previous evening, Giuliani released a statement that didn’t even address the substance of the story, but instead tried to discredit Cohen.

Just in, Rudy Giuliani’s response to Buzzfeed story: “If you believe Cohen I can get you a great deal on the Brooklyn Bridge.”

BuzzFeed’s piece, however, isn’t based on anything Cohen said. As the report makes clear, the two law enforcement sources told the reporters that Trump directed Cohen to lie — and the reporters claim to have lots of other evidence backing this up.

Trump used the same strategy in a tweet Friday morning.

Kevin Corke, @FoxNews “Don’t forget, Michael Cohen has already been convicted of perjury and fraud, and as recently as this week, the Wall Street Journal has suggested that he may have stolen tens of thousands of dollars….” Lying to reduce his jail time! Watch father-in-law!

Lara Trump, who in addition to being Eric Trump’s wife now serves as a campaign adviser to her father-in-law, also deflected from the substance of BuzzFeed’s report by trying to discredit Cohen during a Fox News interview on Friday morning.

But, again, Cohen wasn’t a source — law enforcement officials with knowledge of Mueller’s investigation were.

“The special counsel’s office learned about Trump’s directive for Cohen to lie to Congress through interviews with multiple witnesses from the Trump Organization and internal company emails, text messages, and a cache of other documents,” BuzzFeed’s report says. “Cohen then acknowledged those instructions during his interviews with that office.”

So while BuzzFeed may have used Cohen to corroborate what law enforcement sources told them, they weren’t using him as a source for information.

Why Does This Halloween Costume Cost $900?

We read Democrats’ 8 plans for universal health care. Here’s how they work.